Want to think faster, reason more soundly, and improve memory retention and recollection? It turns out regularly putting healthy foods on your plate can have a positive impact on your cognitive health. Here’s a list of foods to remember on your next trip to the grocery store.

6 Foods That Can Boost Your Brain Health

1. Foods rich in Vitamin E  Vitamin E, an antioxidant found in olive oil, avocados, sunflower seeds, peanuts, and almonds, has been shown to be essential for normal neurological function. It helps protect the neurons in the brain, supports communication between cells, and boosts the immune system to fight off viruses.

2. Fish  Omega-3 fatty acids found in fish, like salmon, anchovies, and sardines, has been shown to support the healthy functioning of the neurons in the brain. Numerous studies show evidence of omega-3 improving learning and memory, and helping to ward off mental disorders, including depression.

4. Garlic  Super low in calories, but mighty high in antioxidants, garlic has been linked to a reduced risk of both dementia and heart disease. Bonus: garlic can help your body combat the common cold!

5. Berries  Blueberries and strawberries are believed to be the anti-aging darlings of the food world. In fact, results from a study on older adults suggest cognitive decline due to aging could be delayed by as much as 2.5 years simply by eating more flavonoid-rich berries.

6. Whole Grains  A heart-healthy diet loaded with whole grains, like oatmeal and brown rice, could be your ticket to better memory retention and thinking ability later in life. When scientists looked at people who followed the DASH diet* over an eleven-year period, they noticed those who regularly ate whole grains were consistently more likely to score higher on cognitive function tests.

Learn how supplements can support your cognitive health, too. 6 Natural Nootropic Ingredients that Support Brain Health 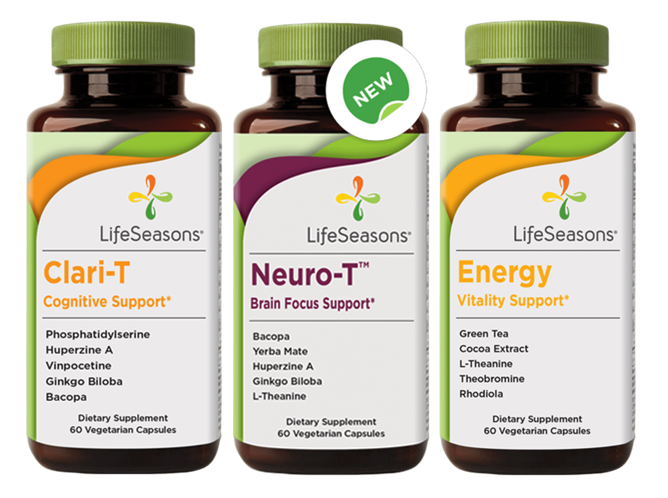