This Is Your Body During Allergy Season

Changing seasons can be wonderful—spring brings warmer temperatures, summer means more time outside, fall has gorgeous foliage. But if you have seasonal allergies, like millions of other Americans, those changes can also bring on misery. That’s because as different plants like ragweed and grass pollinate, allergens are released into the air. Ever wonder why that makes you sniffle and sneeze while it doesn’t bother other people at all? Here’s what’s going on:

1. You breathe in pollen from plants. This pollen has no effect on some people, but for you, it triggers your immune system to jump into action. (Experts still aren’t sure why some people’s immune systems see harmless ragweed pollen, or animal dander, or peanuts, as threatening.)

2. Your immune system thinks the pollen is an invader that can harm you. An internal alarm goes off which produces something called Immunoglobulin E antibodies.

3. You body releases histamine. The production of those antibodies then lead to the release of histamine within your body. This process is what creates the allergic reaction.

4. The histamine triggers symptoms. Remember, the goal of your body is to protect itself from the invader, so it amps up the production of mucus, which leads to the runny nose that is so characteristic of seasonal allergies. That runny nose can lead to a sore throat (you can thank the mucus dripping down into your throat for that).

5. Your body tries to expel the invader. That mucus flow is determined to push the pollen back out of your body. You might also sneeze, cough, or have watery eyes—all great ways to expel an allergen, even though they make you feel miserable in the process.

When you understand how your body responds to an allergen, you have a better chance of getting ahead of it and preventing some of those bothersome symptoms. Check out The Right Formula for Allergy Relief to learn about an all-natural option for relief. 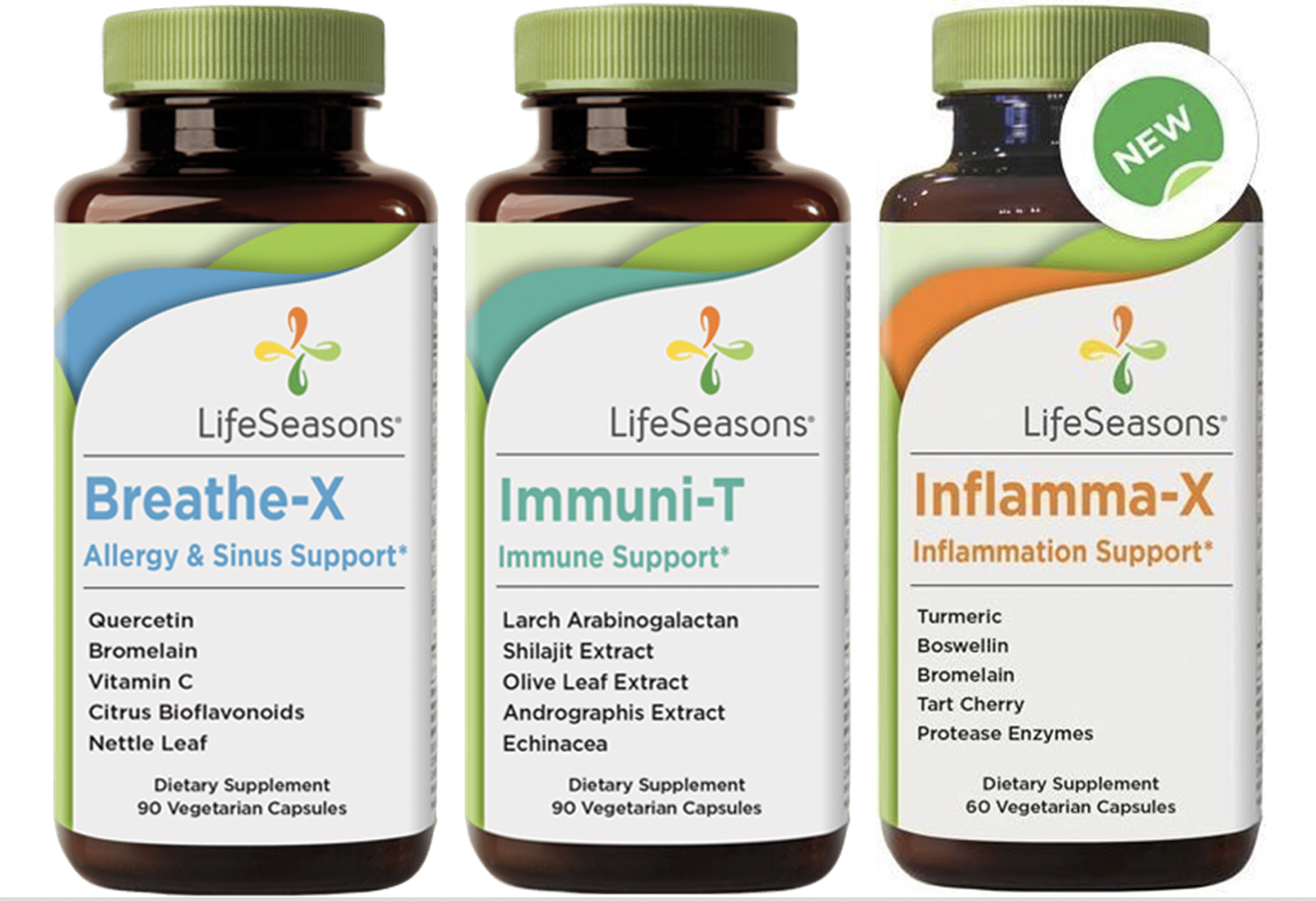